What do we want? Dogs! When do we want them? Now! Here are the powerful pooches who keep PRI’s team of experts on their toes.

Kaylee is a 13-year-old mixed breed living the high life in Denver, Colorado. A little too smart for her own good, she has mastered the art of opening plastic bags without shredding them, and enjoys a good hard flop on the ground after sunbathing.

Wesley is a 10-year-old Schipperke/spaniel mix who fills his days by shadowing his older sister Kaylee. He has a pair of bad hips that make the swing of his caboose a little loose, but he is so sweet that you genuinely won’t mind when he inevitably knocks your drink over. 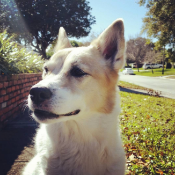 Jager is a 12-year-old, adventure-loving mystery breed who was rescued as a pup in Greenville, South Carolina, and is now soaking up his golden years in Orlando, Florida. A gentleman with a taste for the finer things in life, he enjoys freshly fluffed pillows, home-cooked meals, post-bath bandanas, and meeting new people. 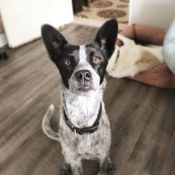 Holly is a three-year-old Blue Heeler/Border Collie mix with an unrivaled passion — and talent — for fetch and Frisbee. An otherwise shy and pensive doggo, she spends her non-athletic hours in the backyard staring up at the birds and trees, or in bed cuddling with her humans. 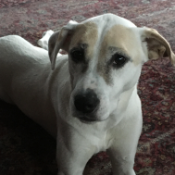 Stella is a nine-year-old mixed-breed mutt (rescued in Alabama at nine weeks old) who is living happily ever after in Rockingham, Vermont. She loves new people, places, and adventures, and is most engaged when learning something new — or is it just the treats? 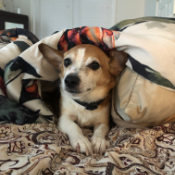 Moose is a nine-year-old Corgi/Jack Russell mix who was rescued from a shelter in Philadelphia, Pennsylvania, and is now living in Lawrenceville, New Jersey. Moose enjoys sleeping and has persuaded his family to place multiple little stairs around the house so he can always get onto a bed or couch. He is the king of the castle. 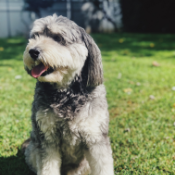 Ozzy is a friendly, seven-year-old mixed-breed rescue living it up on the Jersey Shore. He spends most days happily lounging on the couch, waiting for the next chance to get his paws sandy at the beach, and meeting new friends to play with.

June is a seven-year-old Pit Bull mix living in New Jersey with her best friend Ozzy. Constantly full of energy, June can impress most people (and dogs) with how fast she can chase nearly anything — and she never seems to get tired. 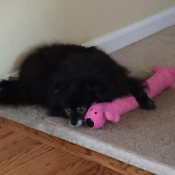 Abbey Rhode is a 16-year-old Pomeranian living in East Windsor, New Jersey, who was rescued from West Virginia 15 years ago. She is the master of her domain and of the office. Until her recent retirement from the working life, she regularly attended meetings and commented on conference calls. (A poster in her former office reads: “Obey the Pomeranian.”) She is a genius manipulator and strategist — especially when food and belly rubs are on the table.

Parent: Nichole Chobin, Director of Operations
Likes: All food, the beach, walks, bike rides, napping with her best friend Bobo, time on the couch
Dislikes: The vacuum, getting wet, meals not being served at the proper time

Is your fur ruffled because we didn’t feature our feline friends? Keep your eyes peeled — a PRI Cats profile is coming soon!

Want to build something
incredible? Reach out today. 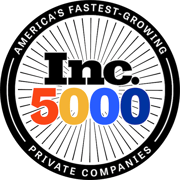